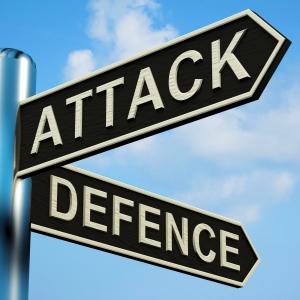 Join us on Friday, the 10th at 8:00 p.m. EST for the Let’s Talk About it with Jenny White show. This week’s discussion is How to Survive an attack.

Call at 646.668.8485 to listen in and press 1 to be live with your comments or questions. Join us for this pertinent discussion.

If you were under attack, which options would you consider, fight, flight or freeze? I would hope that no one in their lifetime would come under attack, but statistics say one out of every six American women has been the victim of an attempted or completed rape and one in seventy-one males has been attacked in their lifetime. Some incidents are reported, and some are not for different reasons. Now that there is a ban on one particular ethnic group here in the United States, are these persons more inclined to be victims of assaults and are they less than eager to report these incidents for fear of being deported or retaliated against in other ways? We all should consider what options we need to take in order to protect ourselves from harm.
http://www.blogtalkradio.com/pjcmedia/2017/03/11/lets-talk-about-it-with-jenny-whitehow-to-survive-an-attack

Follow LET'S TALK ABOUT IT WITH JENNY WHITE on WordPress.com

Let’s Talk about it with Jenny White